It is hard to imagine that just one year ago I was preparing to leave for the Dominican Republic. It is even harder to believe that the year has come to an end. I can not thank you enough for the love, support, team trips, notes of encouragement, and most importantly your prayers. It is always amazing to see God’s work first hand. With approximately 25 trips to the airport, 11 groups from churches all over the US, sevens weeks of construction, and a completed water project, porch, sidewalk, and nearly completed second story of the school, it was quite a successful year. 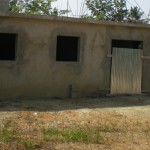 In June 2012, I was in Cuesta Arena standing in the building, we built to house missionaries talking with Sairy about the project. It was at that moment we decided the building would be used more if it were a school and not a mission house. We had half the floor finished, no doors or windows, and certainly no supplies. Sairy turned to me and said, it is possible, if you come for a year. I came home for the month of July to try to raise the money and figure out how to make it all happen. Sairy and the boys came to Florida and we were able to raise enough money to buy all the doors and windows for the school. I deferred my brand new students loans from grad school, found international medical insurance and began packing my bags. As I was preparing to leave, my 92 year old grandfather became ill and died two nights before I was supposed to leave. During funeral prep, I learned more about my grandfather than I ever knew, including about his years of mission work in the Caribbean. After much needed time with my family, I boarded the plane to head off for my year. 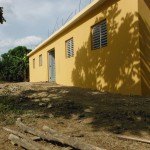 In August, a team from Pennsylvania painted the school and a church from Virginia purchased chairs and tables. We registered 20 children ages 2-4 years old, found a teacher (Kendys) and a teacher’s aid (Daisy), repainted the school sign that was put up 10 years ago to mark a dream of a school in Cuesta Arena by a team in Ohio, and met with parents. Sairy and I decided early on that the parents would have to “do something” in order to have their children in the school. The parents laughed at us when we told them the school was not built by rich Americans but by lots of every day people that cared about education. We explained to them that they would have to care for the building, the land, the teacher, come to church once a month, and provide snack every day for their children. I was amazed to see how quickly they took ownership of the school, cleaning it every day, taking care of the land, and even bringing treats for the teachers. 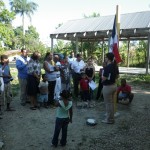 In September, we had our first day of school. Church members came in from the city by the car loads, people in the community gathered around, and we shared together in thanks for the huge blessing of the school and the future it would bring to the community. After two hours of 20 children screaming and crying in a solid concrete building with nothing inside, we ended our first day of school. Herman greeted us by a beautifully set up table with a feast! As the children became accustomed to going to school, the days got easier and longer. We would arrive at the school and the children would wait at the bottom of the hill and scream our names, excited for another day of school. As Kendys and Daisy, took lead, I was able to use my new Masters in Social Work and begin doing some bereavement counseling with children that had lost a parent. It became the highlight of my week, spending one on one time with the children. 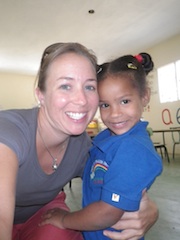 October and November was very trying for me.  I had started my year expecting various teams in October and November but God had different plans. I was home sick and on top of that I contracted what I now know to be MRSA. I laid in bed for just about an entire month unable to move due to the pain. In November we received the money we had waited fro 2 years to received from the International Rotary for our water project. I struggled with leaving before the project was finished but I knew I had to get treatment. After going to the doctor and getting three rounds of treatment in the DR, I decided to come home early to get treatment in the US. It was a very frustrating and trying time for me. I was able to be home for Thanksgiving, Christmas, and the birth of my second niece before heading back to DR in February. I was certainly not ready to go back and struggled with leaving. At the airport as I arrived in Santiago, the entire youth ministry was there to pick me up. It was exactly what I needed and brought back my excitement to be back in the DR. I found the school had actually improved since I left and Kendys and Daisy had really taken ownership. 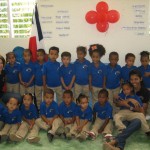 February every year brings a team from Ohio that started the dream of the school. This year a team from New Jersey also joined them. I had two weeks of teams that encouraged and motivated me. I had taken their dream of the school and made it into a reality and they had taken my dream of a water project and made it into a finished product. When the team left, I made a conscious decision to not go to the school every day. Kendys and Daisy were doing so well and I was so pleased with the way they were running the school.

In March, my college roommate came to visit and then I headed home with her for Easter and my niece’s baptism. I returned in April with a full plate of groups lined up through the end of July. We had lots of new groups and a few returning groups, all with different purposes, age groups, and experience. We started May with a college group from the University of Florida’s virology club. They came to learn from the doctors. We made lots of medical connections we visited various different free health clinics, hosted a clinic in Los Cocos, visited the med schools in Santiago, and even got a spot on the radio and TV. 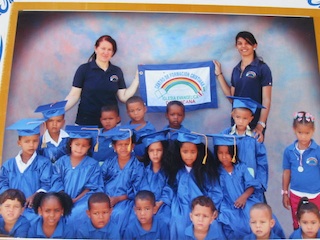 The end of May brought the end of the school year and a team from Burke UMC in Virginia. They began construction on the patio and the forms for the sidewalk.  We also opened the used clothing store in the city. The proceeds from the store will go to help sustain the school in Cuesta Arena. The Saturday after the team left, we had our first graduation. Eight of our five year olds would be graduating from our program and heading to public school to start Kindergarten. I had met with the parents the week before graduation and they were planning everything. On graduation day, Sairy, Kendys, and I showed up about an hour before start time to help with any last minute things. The entire pavilion was decorated (mostly by things they had taken out of their own house), they had arranged refreshments, and the photographer they had found was on his way. Everyone asked me what my favorite part about graduation was and I always say, “The fact that I did nothing.” Not because I wanted to do nothing but because the parents had truly began to understand that this was their school. The graduation was not a celebration of the school for the children but a celebration of the families and the community supporting education. 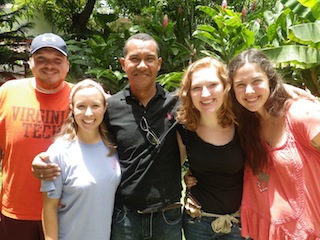 June began our marathon of teams. Jordan, from Virginia, flew in with the first group and spent six and a half weeks helping with the teams. We had St. Paul UMC youth ministry come complete the construction on the porch along with VBS in Los Cocos. We had Ali lead her high school house church from City Beautiful for two weeks and start construction on the second floor of the school and lead VBS in Cuesta Arena one week and Santiago the next week. City Beautiful also helped start a youth ministry in Cuesta Arena and began empowering Erika (one of the youth) to become the leader. Ali stayed on with Jordan through the end of July. July brought Monique, a montessori teacher paid for by Next Community Church to help turn our preschool into a montessori style school. We then not only had Reeves UMC from Orlando but also Mollie come for 2 weeks and three other UMVIM teams join us at the last minute. Lee, an UMVIM missionary who was working in Santo Domingo, finished their project three weeks early and needed a place for her teams to come work. We were glad to welcome them on board to help with construction of the second floor of our school. Their teams came from Mississippi and South Carolina. Through the help and donations of these teams, we were able to finish the walls of the second floor and pay for the installation of the roof. Throughout the summer, we had a chofer, Bernardo, that not only drove us, but also became part of our team. He taught us a lot about the culture, kept us safe crossing the street, and took the driving responsibility off of my lap!! 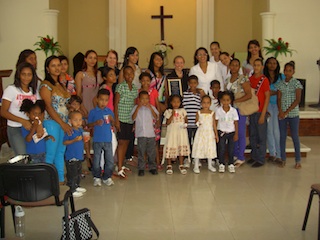 June 23 was my last Sunday. Sairy had asked me to preach to share about my experiences and what I had learned about missions. They bussed in what felt like the entire community of Cuesta Arena and even invited the bishop to come. I was overwhelmed with love and appreciation from the church, the youth, the community of Cuesta Arena and Los Cocos, and the women’s ministry. It was an amazing day of celebration. My last day in Cuesta Arena was almost as emotional as my last day at church. So many of the kids, and parents came up to say one last good bye. I spent the entire day just loving on each one and letting them know how much I was going to miss them. It was an amazing year full of challenges, moments of joy, moments of peace, times of teaching, times of learning, and most importantly a year of empowerment.

I am back in the states but I am certainly not finished in Cuesta Arena. I encourage teams to continue going, churches to continue praying, and individuals to continue supporting. In the next few weeks, I will post an updated wish list and areas of need. School will be starting the first part of September, including 9 new students. This year we will also be starting a tutoring program for 15 of the older children in the community to get help with reading and math along with Christian education. Though the child sponsorship program will not continue this year (because the parents are able to provide for the needs of their own children) we are still collecting donations for the teacher’s salaries. Our lead teacher and tutor will be making $375 per month and our teacher’s aid will be making $100. If you can help in any way with these, please contact me at Sarah at Renewed Hope Missions dot com. I also encourage you to read the blogs that were posted throughout the summer and see pictures from the past year. Thank you again to everyone that had made donations and kept us in your prayers. It has been an amazing year that has changed so many lives!